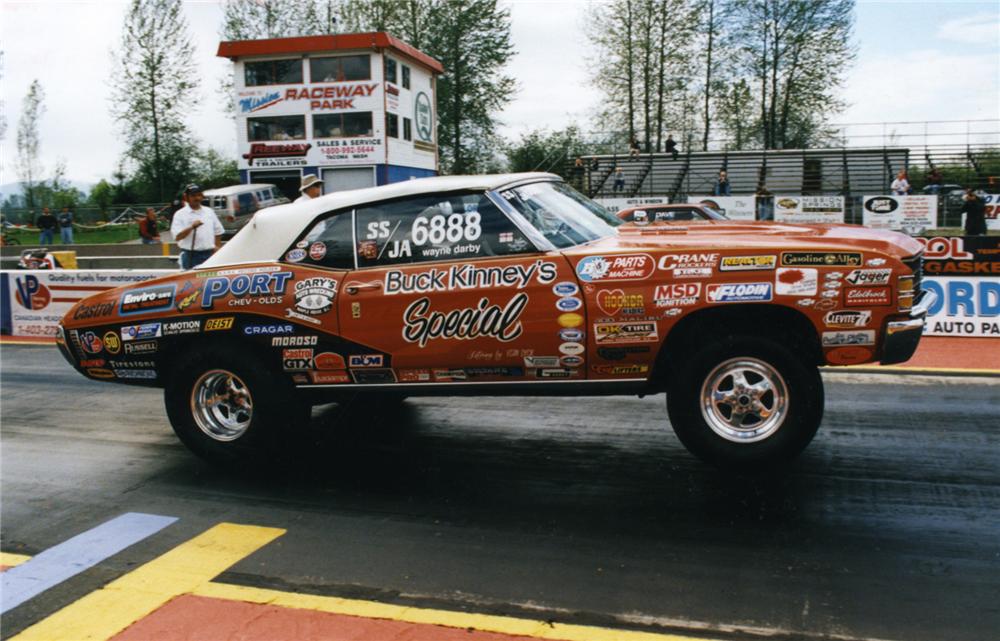 With the success of Ray Allen’s car, John Hoffman wanted to try a low horsepower 402 ci v8 that was now available in the 1972 model Chevelle so he purchased a new convertible from the GM dealer in Newark, New Jersey. This car was never used on the street but rather was made into a race car from day 1. John once again enlisted Ralph Truppi of Truppi-Kling Competition, to build an engine to run in SS/MA. On the first run, the car ran a full second under the allowable index. John then experimented with an LS6 in SS/KA and set the record in the fall of 1971 at Englishtown NJ.

Buck Kinney purchased the orange Chevelle from Hoffman Machine in 1975 and John continued to sponsor it for several years. Buck also experimented with an LS6 motor but found more success with the 402 ci. He put his magic to the engine and set the NHRA record in the spring of 1977. He continued to dominate the SS/JA class and was never beaten in a class runoff. Due to weight/horsepower ratios, Buck ran the car as a 1971, setting records on five occasions, taking the Division 6 Title and running hundreds of local events. In 2000, Buck Kinney became the first Canadian to be inducted into the NHRA Hall of Fame.

Buck sold the car to Wayne Darby in 2000 and Wayne continued to campaign the car up and down the west coast for 6 years. He was runner-up to the finals on several occasions but alas…no Wally’s…yet.