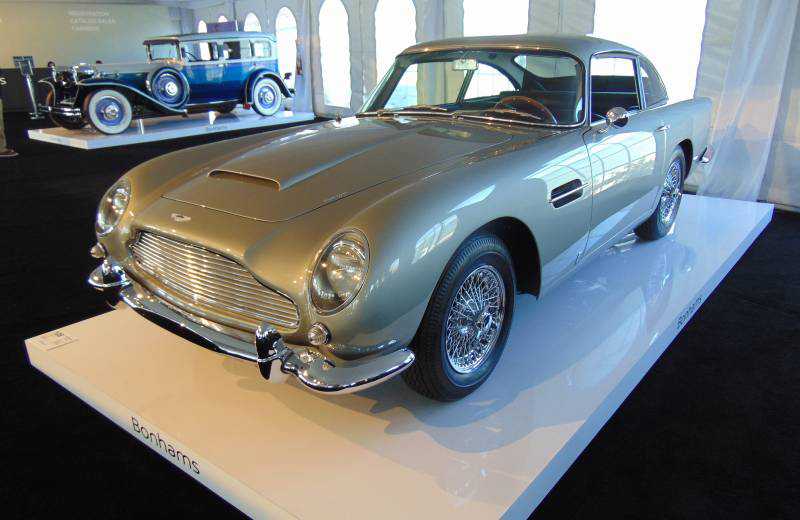 Vancouver car broker Wayne Darby shipped 15 cars south to the Barrett Jackson auction in Scottsdale, Ariz., to take advantage of the near-40 per cent premium on the U.S. dollar. His cars were auctioned at no reserve and he will be paid in U.S. dollars.

Due to the exchange rates, Canadian car enthusiasts looking to buy are now priced out of the U.S. market, but selling cars at U.S. auctions can bring bring money. Case in point – this 1964 Aston Martin DB5.

Billed as the “million-dollar baby,” the James Bond 007 lookalike garnered a final bid of US$715,000. The retired Vancouver orthodontist owner put the car through a two-year-long obsessive restoration at a Vancouver-area shop that cost an estimated $300,000.

The price paid for the DB5 was $1 million, right on the nose, in Canadian dollars – the price Darby hoped for without auction commission. Dallas media company and James Bond fan Ray Larson bought the car with the belief it could soon be worth as much as US$1 million – about $1.4 million Canadian.

Earlier in the day, a panel of classic car experts convened by Hagerty Insurance concluded that European exotics such as Aston Martin, Lamborghini and Ferrari continue to be blue-chip investments.

Take the mid-1960s Sunbeam Tiger. With American V8 power under the hood, the Tiger has doubled in value these past few years and continues to soar. Ferrari 308s and DeTomaso Panteras have been often overlooked, but they are now hot-ticket items at auctions.